According to The New York Times (NYT), Facebook is creating its own cryptocurrency. It would be used on WhatsApp, which Facebook owns, to facilitate transactions between users.

Facebook’s move is clearly to counter the threat from up and coming messenging rivals Telegram and Signal. NYT said that the Facebook secret effort to build its own cryptocurrency “started last year after Telegram raised an eye-popping $1.7 billionto fund its cryptocurrency project”.

Between Messenger, WhatsApp and Instagram, which Facebook owns, there are a collective 2.7 billion users. If Facebook decides to back the value of its own digital coin with a basket of foreign currencies, then it could potentially become the largest central bank in the world — because that’s what central banks do; print money backed by their country’s economy and foreign currency reserves.

Not only will this become monumental in world economic history, it is also going to become a serious and rapid threat for the existing giants of the finance industry.

The two largest credit card companies in the world are Visa and MasterCard. They provide us with the ability to transact without carrying cash. They then settle those transactions with our banks.

If Facebook issued its own digital currency, and all its users had a Facebook mobile wallet with Facebook coins in it, then the need for credit cards will diminish more and more.

You make a purchase online, you pay for it with Facebook coins. Many apps have already integrated user sign-in with Facebook accounts. Payment is just another step away.

You buy a latte at Starbucks, you tap your phone at the counter to pay with Facebook coins instead of Apple Pay or Google Wallet. Facebook will definitely roll out marketing incentives for users to pay with their Facebook mobile wallets at the point of purchase. This is how existing mobile wallets battle it out for market share.

And if Facebook is backing the conversion value of its coins with real world money, few would see the need to convert their Facebook coins in and out of their Facebook mobile wallets frequently.

But why would you buy Facebook coins in the first place?

Because of the big difference it would make to e-commerce.

When Facebook coins launch, it could bring e-commerce to a whole new level.

Facebook will achieve its dream of online merchants being able to post and sell items directly within its apps, down to the payment process. No more clicking links to 3rd party sites. No more typing in credit card or PayPal account details. Online shopping will become a two-step process in Facebook apps. I see, I like, I click buy, I hit confirm. Facebook coins move from my mobile wallet to the seller immediately.

There will be no exchange rate spreads and far lower transaction fees. Social networks, instant messaging and e-commerce will become truly integrated. Consumers will come to expect the convenience of two-click transactions. Existing e-commerce platforms using traditional payment gateways will have to adapt to compete.

Note: The above scenarios have been the case in China with WeChat wallet and Alipayfor many years now.

The NYT report said that, “The Facebook project is far enough along that the social networking giant has held conversations with cryptocurrency exchanges about selling the Facebook coin to consumers.”

This could potentially create the biggest private currency exchange market in the world. The world’s population is about 7.7 billion people. China is the most populous country in the world at 1.4 billion. WhatsApp alone has 1.5 billion users. Put Facebook Messenger and Instagram into the equation, no other currency has anything close to a potential user base of 2.7 billion. That’s what the Facebook coin could become — the most held and used currency in the world!

It will spawn a foreign exchange market the size of which the world has never seen before. Facebook could potentially become more powerful than any other central bank.

The NYT article also said, “The big question facing Facebook is how much control it would retain over the digital coin. Working with cryptocurrency exchanges would take at least some of the regulatory burden off Facebook…but…it will be harder for the company to make money from transaction fees and easier for criminals to use the coin for illegal purposes.”

Facebook faces a real dilemma here. It has gotten a lot of public backlash for selling user data in recent years. But if it swings to the other extreme and guarantees absolute privacy like rivals Telegram and Signal, then it could potentially become another Silk Road, the Internet black market that first popularized Bitcoin when users started using it to buy and sell drugs.

NYT says Facebook coins could be issued as early as the first half of this year. The world will know the answers to the above scenarios soon.

As for me, I’m betting on something big to happen with cryptocurrencies. Investment bank JPMorgan is also issuing its own digital coin, but only for the institutional payments market. I’ve noticed that the last two times JPMorgan championed a new solution, that innovation goes mainstream, but not before it causes a crisis… 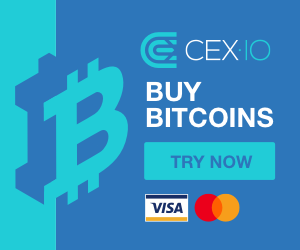